A view of the Australian election result — (1)

This is the first of two commentaries by shrewd Australian observers of the political scene.  It is by Professor John Langmore, former Australian Labor Party MP and international civil servant, now an academic and author (see more detailed biography below).

You may be interested in a quick reflection on the Australian election result.  The evening of Saturday 24 November was spell-binding.  The Labor Party won perhaps the greatest election victory in its history with a swing of close to six per cent to win at least 22 new seats or 85 out of the 150 in the House of Representatives.  These figures may not seem particularly striking but as far as I can recall they are unprecedented during the 110 years of the Party’s history.

Two years ago political commentators were writing that Prime Minister Howard was invincible.  He is an extremely wily, constantly energetic campaigner who normalises everything, presenting himself as a middle of the road, prosaic, low-key Australian who wants everyone to be ‘relaxed and comfortable’.   A large minority have grown to despise him for his obsequiousness to Bush, participation in the invasion of Iraq, hostility to the UN, cruelty to asylum seekers, neglect of climate change, pandering to the rich and powerful, racism and opportunistic spinning of every situation, but many had despaired after his repeated capacity to seize victory despite this widespread criticism.

Eighteen months ago he led the introduction of WorkChoices legislation which dramatically increased the power of employers in the workplace and caused the rapid erosion of working conditions – loss of overtime pay, reduction of leave entitlements, removal of constraints on dismissal and so on.  The Australian Council of Trade Unions led an effective national campaign of opposition.  At the same time Australia reached a tipping point about climate change due to the drought, obviously rising average temperatures, the Stein report, ‘An Uncomfortable Truth’ and a quarter century of public education and advocacy by scientists and environmentalists.  Howard’s scorn of the analysis and neglect of the issue was rapidly recognised as negligent.

There has been a reaction , too, to the heightened acquisitiveness, commercialism and individualism which Howard’s market fundamentalism has caused.  Though most Australians are better off, there has been growing antipathy to what is perceived as the erosion of traditional Australian values of mutual support, kindness and decency.  Many people are repelled by the unrelenting emphasis on economic growth and efficiency and relegation of health care, education and infrastructure to the margin of public priorities.

The opinion polls started to put Labor ahead towards the end of 2006 but the trend became clear when Kevin Rudd won the leadership of the parliamentary party from Kim Beazley in December.  Throughout 2007 the polls have estimated Labor’s lead at around 6 – 10 per cent.  Yet initially few commentators had confidence in them because of Howard’s past capacity to stage election-winning distractions.  The disintegration of Mark Latham, a previous Labor leader, three years ago, added to uncertainty about Rudd.

Kevin Rudd has been in parliament for only nine years.  Though he is readily recognised as highly intelligent, there was uncertainty about the electoral appeal of his nerdish skills.  Yet during the year of constant campaigning he has demonstrated high skill.  He is principled, disciplined, works enormously hard – and expects his staff and colleagues to do so too, is on top of policy detail, has an attractive sense of humour, has demonstrated the odd human foible, has a highly successful wife who has built up a $200m business.  His 25 years as a member of the Labor Party has grounded him in social democratic culture but he is a pragmatist and an evidence-based policy maker.  Though linked with the right of the Party he does not engage in factional manoeuvring and has the sense to have a female deputy leader who rose through the left and has kept the national Party chairman, who is also from the left, with him throughout the campaign.  His principled pragmatism will be a wonderful change from Howard’s extremism and the Thatcherite dogmatism and divisiveness of Paul Keating, the previous Labor prime minister.

Kevin’s victory speech emphasis on unity and determination to represent all Australians was expounded in detail and was not the normal victory cliché.  He may well turn out to be too centralising and commanding: we’ll see.  But after eleven and a half years in the electoral wilderness there is something approaching awe among Labor supporters at the demolition of the regressive, cruel, obsequious and amoral Howard regime.  At last we can let our hopes for social justice, environmental responsibility and common decency and for an Australian contribution to international peace and justice to rise again.  It was a moving and exciting night.

I hope your Christmas will be as full of hope as ours. 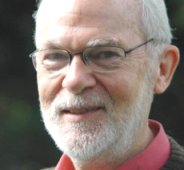 Professor John Langmore, President of the United Nations Association of Australia and author of To Firmer Ground: Restoring Hope in Australia, is a Professorial Fellow in the Political Science Department of the University of Melbourne. He is a former Lecturer in Economics and Assistant Director of the National Planning Office in Papua New Guinea; Economic Advisor to the Australian Treasurer; MP for the Australian Capital Territory seat of Fraser in the Australian House of Representatives; Director of the UN Division for Social Policy and Development;  and Representative of the International Labour Organisation to the UN.

To buy in the UK: Amazon UK:  £21.49  Order here.
"In recent decades the quality of both personal and public life in Australia has been undermined by preoccupation with material prosperity and neglect of broader concerns. To Firmer Ground proposes an alternative vision for this country that prioritises the well-being of all Australians, the common good of our society and a national contribution to global peace and justice. It offers practical solutions to the issues confronting Australia that require immediate attention."

Read discussion with the author here and here (PDF).

Note: "Another view of the Australian election result — (2)": coming shortly to a blog near you.  Watch this space.