Death of the last of the Diplomatic Superstars

‘Diplomatic Superstar’ is how a friend described Nicko Henderson in e-mailing to me the website addresses of the obituaries in the Times and the Daily Telegraph of Sir Nicholas Henderson, GCMG KCVO, who died yesterday aged 89.  For my money, however, the best, most penetrating and most personal of the obituaries in the heavies (not counting The Independent which hasn’t yet published one) is in today’s Guardian, by Fiona MacCarthy, the biographer and cultural historian. 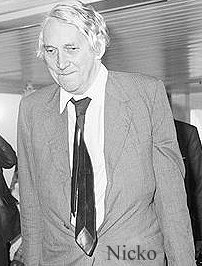 But there is a quite remarkable lacuna in the Guardian’s obituary.  Ms MacCarthy, alone among the obituarists, omits to describe the circumstances in which Henderson (universally known as ‘Nicko’ even by those, like me, who didn’t know him personally) was appointed British ambassador in Washington, the plummiest of all plummy diplomatic posts, after he had reached the mandatory Diplomatic Service retirement age of 60 and had indeed formally retired.  His last posting before retirement had been as ambassador in Paris, and in accordance with then standard practice (one foolishly abolished by those currently in charge of our diplomacy) he wrote a final valedictory despatch from Paris summing up his impressions and experiences in 40 years as a star British diplomat, offering general thoughts about the place of Britain in the world and what could be done about it.  Also in accordance with invariable practice, the despatch was classified ‘confidential’, enabling Henderson to write with great frankness about what he saw as Britain’s sad decline in the world.  However, the despatch was leaked to The Economist magazine, which published it in its entirety.  The appearance of the despatch — formally declassified years later and now available in facsimile on the Web (PDF file) — caused a rumpus;  Margaret Thatcher, just installed as prime minister, read it and liked it, despite its strongly pro-European stance; and it has always been assumed that it was Mrs Thatcher’s admiration for the despatch which caused her to send this retired, 60-year-old former diplomat as Britain’s representative in the United States in 1979 — although according to Wikipedia, “It is now known that Mrs Thatcher had first asked Sir Edward Heath to take up the post, but he had refused the offer”).  As it turned out, Henderson’s was an inspired appointment:  Nicko laid on a bravura performance in defence of British interests when Argentina invaded the British colony of the Falkland Islands in 1982, appearing all over the American media, exploiting his excellent personal relations with everyone who counted in Washington DC, tirelessly setting out the British case for recovering the islands by military force, winning over nervous US public opinion, and thus enabling the US government (which included several powerful figures who sided with the Argentinians for the sake of US relations with Latin America) to provide Britain with indispensable intelligence and hardware without which the recovery of the Falklands would almost certainly have been impossible.

It seems curious, against this background, that the Guardian obituary should have omitted the story of the leaked despatch, even going so far as to assert that it was the then Foreign Secretary, Lord Carrington, who had “asked Henderson to take over in Washington”:  no mention of Mrs Thatcher, no word of the despatch.  So far as I know, no-one has ever revealed who was responsible for this major leak, nor, despite intense speculation, whether Henderson had himself been privy to it or even perhaps had personally engineered it.  There seems to have been no formal leak enquiry.  Under the 30-year rule the relevant official documents should be made available this year in the National Archives at Kew.  Perhaps some diligent researcher will then be able to unearth the answers; or with Henderson’s death, perhaps the Economist will feel free to reveal who had passed that famous document to them, giving them what must be their most celebrated scoop.  Meanwhile we can only speculate about the significance, if any, of this striking omission from the Guardian’s obituary.

I didn’t know Nicko Henderson personally, although his was an almost tangible presence in the British ambassador’s residence in Warsaw where J and I lived many years later:  he and his Greek wife Mary were exceptionally fondly remembered by the Polish staff there.  Before his time in Poland (and later as ambassador to Germany and then France) Henderson had been for a time the number two in Madrid, during the Franco era.  At that time I, much more junior and younger, was doing the decolonisation job in the UK Mission to the United Nations in New York.  One of the great issues at the time was the future of Gibraltar, with Spain continuously angling for a UN resolution calling on Britain to give back the Rock (and simultaneously giving the Gibraltarians a hard time in the apparent belief that this would eventually persuade them to ask to be handed over to Madrid), while the UK asserted that its legal title to Gibraltar was impeccable and above all that a huge majority of the people of Gibraltar wanted no change in their status as citizens of a British colony.  I (and others in the British Mission to the UN) had considerable correspondence with Henderson in Madrid on the tactics to be adopted at the UN on the Gibraltar issue.  Some British diplomats succumb to the temptation to see the world through the eyes of the government of the country where they are serving, and it wouldn’t have been too surprising if Henderson had deployed to London and to us in New York the arguments for handing over the Rock to Spain, thus greatly improving Anglo-Spanish relations and so promoting British interests in Spain.  But my recollection (possibly faulty — the files in the National Archives may either show otherwise, or confirm my impression) is that Nicko was robust in his support for the principle that the wishes of the inhabitants must be paramount and that they should not be delivered like cattle into the hands of Spain whether they liked it or not, whatever the consequences for Anglo-Spanish relations.  Fiat justitia, ruat coelum! I sometimes wondered whether his equally robust defence of the rights and wishes of the Falklanders, years later when he was ambassador in Washington, might have owed something to his dealings with Spain over Gibraltar.

Fortunately post-Franco Spain has adopted a rather more far-sighted attitude towards Gibraltar, and without in any way giving up its claim to the territory, has moved to a policy of cooperation and dialogue as a more promising route to an eventual decision by the Gibraltarians to consent to the territory being transferred back to Spain — if the famous apes ever give their consent as well.