Shoot them first, pardon them afterwards 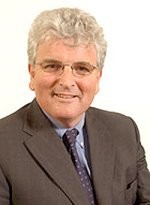 Few of us can remember the name of our newish Secretary of State for Defence, whose profile remains so low that one's in danger of treading on it.  However, he has now surfaced briefly in the media in order to reverse the policies of his predecessors by deciding to grant 'pardons' to British soldiers executed during the first world war for cowardice, desertion, and similar offences.  This has naturally been welcomed by the surviving relatives of the men concerned, who have long argued that it was a parody of justice to execute these men.  Many of them were suffering from shell-shock (or, as we would probably now be required to call it, post-traumatic stress disorder) and probably physically incapable of continuing to perform their military duties in horrific conditions in the trenches.  (Others, of course, may just have been cowards, and who shall blame them?)  We should rejoice that their families have at last been given satisfaction.

At the same time, it's impossible to feel entirely happy about this brazen attempt to re-write history by imposing twenty-first century values on the actions of people in the early part of the twentieth, nearly 100 years ago.  Most of us (in Europe, anyway; some Americans, Iranians, Chinese, etc. are not so sure) nowadays regard all capital punishment as a barbarous injustice, regardless of the offences for which it used to be imposed:  if those subjected in the past to what we now regard as injustice are all to be 'pardoned' (legal-speak, of course, for acknowledging that there has been a miscarriage of justice, nothing to do with forgiveness), we ought logically to 'pardon' everyone who has been executed in the past, starting perhaps with the men, women and children executed for stealing a loaf of bread or a handkerchief.  How widely are these pardons to be scattered?  Even if we shrink from pardoning every last serial murderer ever sent to the gallows, there are question-marks over many others subjected to judicial execution.  William Joyce, aka Lord Haw-Haw, was probably wrongly convicted (it's doubtful whether he was a British citizen capable of committing treason against Britain at the time of his 'offences'); Casement might not have been hanged if his reputation had not been besmirched by the sly publication of his diaries revealing him to have been either gay or bisexual;  even Charles I only committed the same offence as Tony Blair, i.e. believing in his Divine Right to exercise the Royal Prerogative, and even the prime minister's severest critics might hesitate to advocate that he should be beheaded.  We don't on the whole send people to Australia as a punishment any more;  should we now 'pardon' the majority of the original British settlers whose descendants subsequently made such a spectacular success of the Fatal Shore?  It might be thought more appropriate that they should pardon us.

Well, I suppose the pardons granted to those unfortunate WWI soldiers have done no harm and a certain amount of good;  and thinking up plausible candidates from the past for similar pardons now is a harmless parlour game, for which we have to thank Mr — er — Wotsisname.