A few months after he had formed the new Labour government in 1945, Clement Attlee grew tired of the stream of publicly offered but unwanted advice on how the government should conduct itself emanating from the LSE Marxist intellectual and Chairman of the Labour Party, Harold Laski.  In a letter to Laski, Attlee wrote in his characteristically blunt style:

You have no right whatever to speak on behalf of the Government. Foreign affairs are in the capable hands of Ernest Bevin. His task is quite sufficiently difficult without the irresponsible statements of the kind you are making . . . I can assure you there is widespread resentment in the Party at your activities and a period of silence on your part would be welcome. 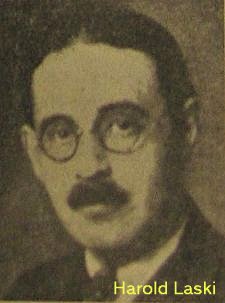 Ed Miliband, Labour’s new leader, has showed steady judgement and strong nerves in resisting pressures for instant policy-making and indiscriminate coalition-bashing from the sensation-seeking media and from Labour MPs impatient to lay into the government on every issue, every hour on the hour.  He has made it clear that he is not going to rush into policy commitments given without regard to the longer-term strategy which Labour will need to work out in the coming months.  That will call for extended consultation and analysis and Miliband is clearly right to refuse to rush it.  But from the moment of his election as leader he has made it clear that it’s time to move on from New Labour and that the party in opposition will not be bound to defend, or try to perpetuate, New Labour policies and decisions that are widely seen (both at the time and in retrospect) to have been flawed, or even disastrous.  He has mentioned specifically the attack on Iraq and New Labour’s often casual attitude to our civil liberties as examples of policies that Labour under his leadership will have to recalibrate.    Many of us voted for the younger Miliband as leader precisely because of the electable candidates he seemed by far the likeliest to set a new course for the party that would be uninhibited by baggage from the past.

One of the many flagrant injustices perpetrated by a succession of authoritarian Labour home secretaries was the introduction of Indeterminate Sentences for Public Protection (IPPs), a system of indefinite and potentially permanent preventive detention of offenders even after they have served the punishment element of their sentences — a prime example of a panicky measure taken by irrationally risk-averse politicians intimidated by the reactionary demands of the Daily Mail, the Sun and the rest of the Murdoch press.  There is no need to repeat here the overwhelming case for regarding IPPs as involving a huge injustice, contrary to the most elementary principles of human rights:  numerous posts on this blog, and hundreds of comments on them, have spelled it out ad nauseam, and it has been strongly stated by every penal reform and civil rights organisation (there’s one example of many here) and even by the President of the Association of Prison Governors.  Mr Miliband has given welcome indications of willingness to give selective support to the coalition’s promise to repeal some of New Labour’s more illiberal excesses, and Ken Clarke, Tory minister of justice and leading Tory liberal, has publicly condemned IPPs as indefensible, calling for their reform if not outright abolition.

What, then, are we to make of Jack Straw’s question to Ken Clarke in the house of commons on 23 November? —

Does the Secretary of State accept that it is inherent in both life sentences and the concept of IPP sentences, which are widely supported throughout the Chamber, that many prisoners will be tariff-expired because the idea is that they are not released until it is judged that it is safe to do so? Does he also accept that although it is true that the precise construction of the clauses was inappropriate and led to some very short tariffs, since the changes that I introduced in 2008, the number of new IPP sentenced prisoners has dropped by 50% from about 1,500 to under 1,000 a year? Would it not be far better for public safety to let that work through instead of prematurely releasing such prisoners?>

[Hat-tip: thanks to Charlotte Rowles for drawing attention to this.]

Mr Straw, Clarke’s predecessor as minister of justice, is no fool.  He knows very well that his words will be taken as committing Labour to the attempt to defend and justify one of the worst of New Labour’s illiberal measures — measures that fed and nourished the disillusionment of hundreds or thousands of former Labour party members and supporters.  If ever Labour is going to win back the trust of those whom New Labour alienated, it will have to be prepared to come to terms with such past failures as IPPs (together with 28 days detention without charge, control orders, excessive use of stop-and-search powers, ID cards and the national personal database, a mass of sweeping new offences under cover of the “war” on terrorism, and more).  If the coalition moves to reverse this illiberal juggernaut, Labour under its new radical and small-l liberal leader must be able to cheer them on.  (A recent Guardian interview with Mr Straw about aspects of his record as a minister in a succession of departments of the New Labour government provides an extended illustration of his impressive capacity for defending the indefensible.)

Inevitably this change of direction and renunciation of past excesses by Labour in opposition will hurt the amour propre of the former Labour ministers who were responsible for them.  No-one enjoys being disowned by his or her old or new party comrades.  But Labour has more at stake than Jack Straw’s desire to defend his own personal record.  If Labour is ever to be electable again (and heaven knows, the coalition’s demonstration of reckless slash-and-burn makes its replacement in office of a rejuvenated Labour party urgently and manifestly necessary), the old dinosaurs of the Blair and Brown eras — at any rate, those of them still clinging to their parliamentary seats — need to be reminded of their duty to put the interests of the party and the country before their concerns for their own places in history.  A measure of discipline needs to be restored.  Perhaps Ed Miliband might consider a very private and personal note to his once senior colleague, along Attleean lines:

You have no right whatever to speak on behalf of the opposition. Questions of crime and security are in the capable hands of the shadow cabinet, of which you are not a member. Its task is quite sufficiently difficult without the irresponsible statements of the kind you are making . . . I can assure you there is widespread resentment in the Party at your activities and a period of silence on your part would be welcome.

Time to crack the whip.  Time to tell the dinosaurs to shut up.