What’s in a rhyme?

From Simon Jenkins's article in the Guardian of 18 April 2008 about the original of Betjeman's delightful verses, "A Subaltern's Love-song", written in love-sick praise of the young, healthy, tennis-playing home counties girl Miss Joan Hunter Dunn, who died at 92 as Mrs Jackson the other day:

To be sure, Hunter Dunn inhabited a world that today could hardly seem less poetic, that of Camberley golf clubs, tennis rackets, Hillmans, blazers, lime juice and gin. Nor did she evoke from Betjeman any great verse, many of the lines being close to doggerel. I have never understood "furnish'd" by an Aldershot sun, that is also "westering, questioning". It suggests a preference for sound over sense, as does the line, "How mad I am, sad I am, glad that you won". The rhyming of walk with talk, and shorts with sports is equally plodding.  [Emphasis added.]

I enjoyed Simon Jenkins's piece about Joan Hunter Dunn (Comment, April 18). But what on earth is wrong with the rhymes that he denounces as "plodding": "walk" with "talk" and "shorts" with "sports"? I think we should be told, should Jenkins be so bold.
Brian Barder
London 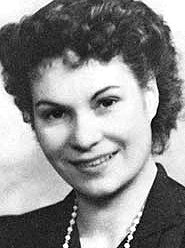 It's of minuscule interest, perhaps, that the Guardian made two tiny changes in my letter as submitted:  in the first few words I had referred, accurately and I thought courteously, to "Sir" Simon Jenkins;  and in the last few words I had written "should Simon be so bold", which was perhaps unjustifiably familiar on my part.  And I should have remembered that journalists of independent spirit (of whom Simon Jenkins is undoubtedly one) don't always like to have public attention drawn to their gongs. For once I have no complaints about the Guardian's editorial meddling with my deathless prose (or verse).

But I still don't see what's wrong with those rhymes, which are not obviously any more plodding or clunky than any of the others in Betjeman's poem — er, verses, all true and in some cases ingenious rhymes.

PS:  If you visit this web page you can click on a little red 'play' triangle in a small blue frame and hear John Betjeman reading the whole piece to an appropriately enthusiastic audience, as well as seeing the full text of it.