Constitutional reform and the Oxford Professor

Jack Straw’s Constitutional Reform and Governance Bill is a feeble affair: the term ‘rag-bag’ might have been invented for it.  It lacks not just vision and any trace of radicalism but even a coherent theme.  Gordon Brown began his premiership with the promise of constitutional reform as his keynote, either an enticing or an alarming prospect, whichever way you look at it.  Horace accurately predicted the outcome: 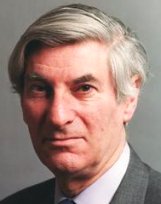 We all turned eagerly to our Guardians on 20 July, immedately after Straw’s Bill had been laid before parliament, to read the analysis of it by no less a personage than the Professor of Government at Oxford University, Vernon Bogdanor (his book The New British Constitution is to be published next year, so Horace’s mountains are in labour again).  Alas, the professor’s commentary was no more illuminating or radical than the Lord Chancellor’s Bill.  I submitted some remarks about it in a letter to the Guardian, which however evidently felt too protective towards its eminent contributor to publish it, so I offer it here instead:

Professor Bogdanor‘s commentary on Jack Straw’s constitutional reform proposals (Straw has wasted his chance to wield the reformer’s broom, 21 July) is disappointing, especially coming from such a distinguished authority.  He lists some quite minor items missing from the Bill, but without mentioning its most conspicuous and negligent omissions: the sorry failure to offer any answer to the West Lothian question, any measures to head off the disintegration of the UK through the movement for Scottish independence, or, in the same context, any intention to complete the unfinished process of devolution.  Professor Bogdanor writes that under the Bill “the hereditary peerage will atrophy until it entirely disappears,” whereas the Bill proposes only to phase out hereditary peers’ membership of the House of Lords.  He says that “Measures will be taken to expel peers, such as Lord Archer, found guilty of serious crimes,” whereas the Bill itself makes it clear that this will not apply retrospectively, so Lord Archer’s seat in the Lords should be safe.  Professor Bogdanor recalls that “in 2000, Labour gave 5% of registered electors the power to require a referendum on whether their authority should have a directly elected mayor,” but then equates this with enabling “5% of the voters [to] be entrusted with choosing a mayor,” a very different matter.

Above all, his suggestion that a percentage of the population of each locality should “be entrusted with making wider decisions about the nature and scope of local services, even of services such as the NHS, which are not administered by the local authority” blurs the vital distinction between participatory and representative democracy, the latter meaning that we elect representatives to take political decisions on our behalf rather than taking those decisions ourselves.  The disastrous consequences of decision-making by popular referendum (other than on the most significant constitutional issues) can be seen in the parlous state of California’s finances. We should prefer Burke to Bogdanor on this.

I have written elsewhere denouncing the idea of ‘participatory democracy’ so there’s no need to repeat my views on that misbegotten idea now.  But Professor Bogdanor’s apparent enthusiasm for it tends to blunt one’s enthusiasm for reading his promised book.  The professor has been loaded with honours of every kind for his ubiquitous contributions to the constitutional debate in Britain — the list of those honours occupies several paragraphs of his Wikipedia entry — but not least of these must be his status as David Cameron’s former politics tutor at Oxford.  According to Wikipedia, —

he has described [David Cameron] as “one of the ablest” students he has taught, whose political views were “moderate and sensible Conservative”.  Professor Bogdanor has, however, expressed reservations about certain policies of Cameron’s, notably his proposal for a British “Bill of Rights”, about which Bogdanor said, “I believe it’s ill thought-out and confused … He [Cameron] may have forgotten some of the things I’ve taught him. I’d be happy to give him a few more tutorials on civil liberties.”

He [Bogdanor] referred to the arrest and questioning of a conservative MP, Damian Green, by Special Branch police as “a storm in a teacup” — “The important principle is that MPs – apart from when they’re speaking in the chamber and dealing with constituents’ correspondence – are as subject to the same laws as the rest of us.”

Well, we can agree with the good professor, then, about the Tories’ proposals for a British Bill of Rights and the arrest of Damian Green (on which my similar views are set out at rather greater length here and here), whatever we might think of his dubious analysis of the wretched Constitutional Reform and Governance Bill.

PS:  Another dismal feature of the so-called Constitutional Reform (etc) Bill is its inexplicable and indefensible insistence that while the remaining heredity peers’ membership of the House of Lords is being laboriously phased out as their Lordships are culled, one by one, by the Grim Reaper, nevertheless the Church of England is to keep its weird privilege of appointing a selection of its bishops and the Archbishops to membership of the second chamber of our legislature. Law-making by priests — of one sect only — is to continue.  Considerations of space inhibited me from mentioning this absurdity in my abortive letter to the Guardian;  the Oxford professor, with more Guardian space available to him, doesn’t mention it either.  Muslims, Roman Catholics, Jews, atheists, etc., etc., take note.

[1] The mountains will go into labour and a ridiculous mouse will be born.