The tale of a toad

‘I was walking along a country lane on a summery July day when I heard a hoarse whisper from somewhere beside the road. I turned back to investigate, and found to my surprise that I was being urgently addressed by a large and hideous toad, whose skin resembled wrinkled leather covered in some loathsome slime, mottled with what appeared to be suppurating green pustules. The toad thanked me fulsomely for stopping, and explained that it had been the victim of a witch’s curse many years earlier. Its life as a toad had been an appalling burden, and I had been the very first person willing to interrupt my walk to listen to the tale of woe. "There is only one way," the toad continued in its distinctive throaty whisper, "that I can escape from this terrible and undeserved fate to which I have been condemned by an evil witch so long ago, and that is a way that I dare not hope ever to be open to me."

‘I invited the horrible creature to describe how it might escape its lot.

‘ "If I can only find a man, an adult male, willing to share his bed with me for a whole night, from midnight until dawn on a summer’s morning, then and only then shall I be freed from this intolerable burden and permitted to resume my former joyful and wholly guilt-free life. But I realise that it is far too much to ask of you, however kindly a person you might appear from your friendly face and generous demeanour, that you should besmirch your bed and spoil your well-earned sleep, not to mention your fine bed linen, by sharing your bed with such a vile creature as myself from the midnight hour until the moment when rosy-fingered dawn–"

‘"All right, all right,’ I interrupted, "I’ll do it, not so much from any high-minded motive but rather because of my sheer curiosity about the resolution of this extraordinary tale." Gingerly I picked up the repulsive creature and dropped it into a plastic bag that I happened to have in my Barbour shower-proof jacket pocket, and, turning back, I made for home. 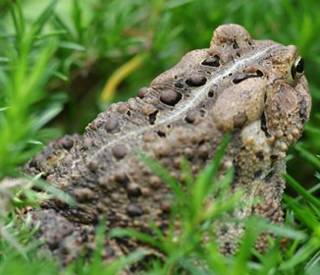 ‘During that evening the toad and I had a long and interesting conversation about the French philosophes, on which the toad happened to be something of an authority, and about the quality of the poetry of Sir Philip Sidney (1554-1586), topic on which by contrast I felt I had the edge. After a pleasant supper, at which the toad ate some soft-boiled rice, we duly retired to my bed, shortly before midnight. We slept on our sides, turned away from each other back to back, and thus had little if any contact with each other during the night, although I was able to sleep only fitfully, my mind tormented by speculation as to what the morning would bring.

‘The day dawned bright and clear, the sun’s first rays awakening me from my light slumbers. Turning from my side to see what fate had brought to my unwanted bed-mate, I was astounded to find a young girl of about 15 or 16 years, sleeping peacefully, her long blonde hair streaming over the pillow and framing a smooth, pink face of extraordinary beauty. The coverlet, partially pushed back by the involuntary movements of sleep, revealed an exquisite and fully formed figure, quite naked, whose bosom rose and fell rhythmically as the young girl breathed tranquilly in her deep and quiet sleep, her long pale eyelashes resting on her high and blushing cheeks.

‘And that, my Lord, concludes the case for the defence.’

This reproduces as nearly as I can manage at more than 30 years’ distance the story I first heard from Sir John Killick when he was British ambassador in Moscow in the early 1970s. John Killick died recently. He was a good boss and a good friend.