Here are the first reactions of an Australian friend, John Greenwell, written immediately after the results became known:

The result was worse than predicted with the government increasing its majority to about 26 –an increase of about 3% in its overall vote. The worst aspect is that the government will now effectively control the Senate. This will mean a number of disagreeable things: notably, we will have our deferred Thatcherite revolution. Telstra will be sold and industrial relations transformed. It will also mean the anti-terrorist legislation in its most extreme form will be enacted. The other worrying feature is the performance of a new party — the Family First — which is a conservative, Christian party. It won one seat in the Senate and got about 3% in the overall vote. The Greens did not do as well as expected and we can assume that the old forests in Tasmania will be cut down, except for the relatively small area mentioned in the Opposition policy.

The war in Iraq, the deceit attached to our intervention, the obsequious compliance with United States policy and the inhumane treatment of asylum seekers all proved irrelevant. 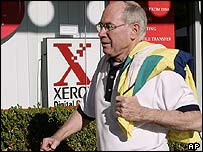 What was the reason for this? Fear. The electorate feared that the state of the economy — due in part to good economic management by the government — would be jeopardised by a change.

Of course the future is uncertain but short of a nasty economic downturn we can expect to have a coalition government until 2010.â€?

Not a good omen for the US presidential elections in barely three weeks’ time!