BP, the oil spill, and the Congressional committee

No person shall be held to answer for a capital, or otherwise infamous crime, unless on a presentment or indictment of a Grand Jury … nor shall any person be …  compelled in any criminal case to be a witness against himself, nor be deprived of life, liberty, or property, without due process of law… [Emphasis added]

Anyone tuning in yesterday (17 June 2010) to the UK or US television live coverage of what the New York Times called “the much-anticipated grilling of BP’s chief executive, Tony Hayward, by members of the House Energy and Commerce Committee” over the disastrous oil spill in the Gulf of Mexico, could have been forgiven for assuming that the hapless Mr Hayward was indeed on trial for his life, or at best in imminent danger of being sentenced to 120 years’ hard labour in the federal penitentiary, such was the uninhibited savagery of the questioning, the harshness of the comments on Hayward’s replies, and the crestfallen, cringing demeanour of the accused.  Yet this was not technically a trial at all;  Mr Hayward has not been charged with any offence, still less convicted of committing one;  the members of the House of Representatives Energy and Commerce Committee were not at the hearing in any legal or judicial capacity. 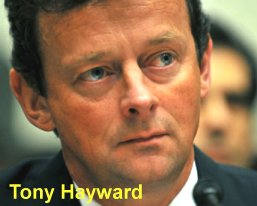 Above all, Mr Hayward was afforded not a single one of the safeguards required by elementary justice and by American law in a criminal trial.  No impartial judge would have allowed the prosecution — the role that the Committee’s members awarded themselves — to ask more than a handful of the questions to which Mr Hayward was subjected.  Most questions could have been answered only by someone who had been personally involved in the decisions whose consequences had led to the oil spill (which Hayward had not), or else by someone who had read the full report of inquiries into those decisions that had been rigorously conducted and fully completed (which they have not, at any rate not yet).  Mr Hayward repeatedly explained that for these reasons he was in no position to answer many of the numerous questions put to him.  It made no difference.  The distinguished Congressmen continued to harass, hassle and hound their victim with more and more plainly unanswerable questions, and then to denounce his explanations of inability to answer them as evasiveness amounting, by implication, to a contempt of Congress.  Mr Hayward, much to his credit, remained studiously low-key, refusing to betray the anger and sense of injustice that he must have felt, maintaining an expression of deep penitence but never any other emotion.

The hearing lasted for many hours; Hayward sat facing his inquisitors alone, unsupported by colleagues or staff, unrepresented by counsel, unprotected by even any pretence of impartiality by the Committee Chair.  The UK’s Daily Express summed it up accurately, for once:

Throughout the session, the atmosphere became increasingly heated and confrontational with Congressmen repeatedly interrupting the BP boss. The conclusion was clear — the majority of those engaged in this show trial had already decided he was guilty.

Perhaps the Daily Mirror’s mistaken assumption that “those engaged in this show trial” were Senators, not members of the House of Representatives, resulted from a folk memory of other, even more discreditable show trial hearings on the Hill conducted by another Congressional committee in the early 1950s, more than half a century ago.  Those hearings ended on 2 December 1954 when the Senate voted by 67 votes to 22 to condemn Senator Joseph McCarthy on the explicit grounds, among others, that he had

acted contrary to senatorial ethics and tended to bring the Senate into dishonor and disrepute, to obstruct the constitutional processes of the Senate, and to impair its dignity. 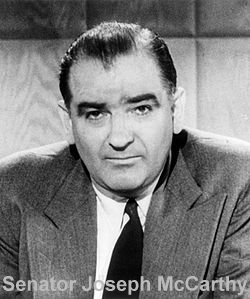 Of course McCarthyism was a far more lethal and destructive plague, destroying far more victims, than anything so far visited by the House Energy and Commerce Committee on the Chief Executive of BP.  But some of the techniques employed yesterday had an eerily familiar echo.

One or two further observations are perhaps in order.  Mr Hayward and the BP Chairman, Carl-Henric Svanberg, have apologised handsomely to the American people for what has happened, accepting BP’s responsibility for it, and promising that BP will pay the full costs of repairing the damage done.  BP is an international company with as many American shareholders as British; the ‘B’ in BP no longer stands for ‘British’ (or anything else).  As the various inquiries and investigations proceed, BP may no longer find itself alone in the dock.  Transocean Ltd, the owner of the faulty drilling rig (BP was merely leasing it), is the world’s largest offshore drilling contractor, based in Switzerland, with offices in 20 countries including the US and Scotland.  It’s been suggested that the cement slurry which the US firm Halliburton (remember Halliburton?) was pumping into the drill hole prior to the Horizon’s explosion may have  been at fault.  Halliburton is the world’s second largest oilfield services corporation with headquarters in Houston, Texas.  The US Interior Department’s Mineral Management Service inspectors may also come in for criticism for failing to follow up expressions of concern about the safety of the shear rams used to seal off out-of-control oil and gas wells in deep-water drilling.  According to the Wall Street Journal, “the Fed may suddenly find itself the target of public anger, along with Transocean, which bought the rams, and Cameron International, the manufacturer.”  Cameron International’s headquarters are also in Houston, Texas.

At least some of the pressure on BP, as on all other oil exploration and production companies, to cut costs and perhaps therefore also corners, arises from the Americans’ ravenous appetitite for oil — the US consumes some 25 per cent of world oil production — and their unshakeable reluctance to pay the true economic price of it, taking into account not only the heavy production costs of deep sea drilling as in the case of BP’s Deepwater Horizon rig, but also the environmental cost to the planet of the excessive use of carbon fuels.

The ill-maintained and overloaded North Sea oil rig Piper Alpha was destroyed in a fire which also killed scores of workers.
Leaking gas on the Occidental Oil drilling platform ignited late in the evening of 6 July 1988, causing a devastating blaze in which 167 of the 226 men on board perished. Many of the oil workers leapt 100ft (30m) into the sea to escape the fire and toxic fumes, despite being told their jump would almost certainly be fatal.
It is still the world’s worst-ever offshore oil disaster.

Occidental Petroleum, the operator of the ill-fated Piper Alpha oil rig, affectionately known to Americans as “Oxy”, is the fourth largest U.S. oil and gas company, the largest oil producer in Texas and the largest natural gas producer in California, with operations also in Kansas, Oklahoma, Colorado and New Mexico.  The Piper Alpha disaster occurred in UK territorial waters in the North Sea, north-east of Aberdeen.  In the subsequent inquiry Occidental was, in the words of the Wikipedia entry, found guilty of having inadequate maintenance and safety procedures. But no criminal charges were ever brought against it. I can find no record of any British parliamentary committee having hauled Occidental’s Chairman or Chief Executive before it to pound them with questions that they wouldn’t have been able to answer, or to denounce them for failing to answer them.  Indeed, it’s hard to imagine any self-respecting senior American businessman consenting to subject himself or herself to any such indignity.