Clare Short and the hanging of parliament

The BBC Newsnight blog has picked up an article in the Independent newspaper by Clare Short, former International Development Secretary who (eventually) resigned from the government over Iraq and her dissatisfaction with the way Tony Blair was running and continues to run his administration.  The Newsnight blog invites comments on Ms Short's plan to campaign at the next general election (a trifle weirdly, you might think) for a hung parliament, i.e. a parliament in which no single party has an overall majority, a rarity under our First Past the Post electoral system but a dead cert under Proportional Representation (PR), arrogantly referred to by its deluded advocates as "electoral reform".  Here's Newsnight:

Writing in Thursday’s Independent, [Clare Short] revealed that she had reached a stage where she was “profoundly ashamed of the Government” and that she believed the Labour Party had lost its way.  She concluded that “the key to the change we need is a hung parliament which will bring in electoral reform”, a recommendation that has put her in the firing line of the Chief Whip.  So, would a hung parliament be a good thing for democracy? Would it add a “plurality of voices and power centres in the Commons” and thus change British politics profoundly as Clare Short suggests? Is it even possible to campaign for a hung parliament?

I tried to post a comment in reply to Newsnight's questions, but it seems to have been disallowed by the Newsnight censors (unless it's going to be published with a time delay), so I'll put a lightly edited version of it here, faute de mieux [but now see postscript at [1]):

A hung parliament in our system would produce a government for which no one voter had voted — a formal or informal coalition between the LibDems and either Labour or the Tories, whichever bids the higher for the favour of the LibDems, with whichever of the big two had won more seats starting at an advantage. Either way the LibDems would be the junior partners in the government or else would have the whip hand over the party in power, able to throw it out at any moment and replace it by the other if the party in office behaved in a way not to the LibDems' liking. Ming Campbell as LibDem leader is already (I suspect) re-positioning his party in such a way as to enable it to team up with either Labour or the Tories, whichever of them offers proportional representation in exchange for the keys to No. 10.  Sir Ming would, I'm sure, feel happy as Foreign Secretary in either a Cameron government, perhaps the likeliest outcome of a hung parliament, or in a Labour government under [?] Gordon Brown.
Luckily there's no way to "campaign for a hung parliament" as Clare Short is planning to do.  She must be off her trolley, which is a pity after her belated but principled resignation over Iraq.  She should hang on in the hope of returning to the Cabinet in a Brown government. Any post-Blair Labour government needs someone with her guts.

We had a prolonged debate in Ephems almost exactly a year ago about the demerits and alleged merits of PR, following the German elections, so those (if any) tempted to enter the lists here on the subject are politely invited to re-read the posts and numerous comments here, here and here before deciding that they have something new to say on the subject.  I shall do my best to avoid going over the same ground again here by repeating what I have already said.  I can foresee that some will say that PR is vindicated by the successes so far of the impressive Mrs Merkel, whose government was elected under it;  those who have greater knowledge of German domestic politics than I do are welcome to argue about whether her successes are due (or down, as the young say) to PR, or in spite of it:  but not here, please. 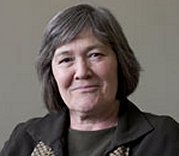 Clare Short's Indie article is worth reading for her sharp and telling indictment of the Blair government and its manifold failings (why, though, no mention of the assault on our civil liberties, almost as scandalous as the illegal aggressions in Kosovo and Iraq?).  But few will be impressed by her defence of a hung parliament as the route to PR — credible only on the assumption that either Labour or the Tories, faced with a hung parliament, would buy LibDem support and entry to No. 10 by promising the LibDems PR, and then keeping the promise: a pretty unsavoury procedure for bringing about a major constitutional reform of such magnitude without the electorate having any say in the matter when the only major party advocating PR is lucky to win more than one in five of all the votes cast.  But it should provide harmless entertainment at the next election to observe Ms Short trying to devise advice to individual voters to cast their votes in a way likely to result in a hung parliament.  My own view, FWIW, is that a hung parliament looks at the moment a quite likely outcome of the next election, without the need for a helping hand from Clare Short, but a lot can happen between now and then to change that prospect, including conceivably a Brown premiership.

[1] Postscript:  Since I wrote this, my comment has miraculously appeared on the Newsnight blog after all.  So I gladly withdraw that crack about Newsnight censorship.