Life in the asylum

This morning (20 June 2006) the BBC Today programme picked up a report in yesterday's Guardian that Fifa (the international football authority) has been making Dutch World Cup football fans remove their baggy orange leather shorts because they are decorated with the name of a Dutch brewery which is not one of the World Cup's official sponsors.  The victims are left to watch the match in their underpants (if any).   One Mr Nigel Currie, chairperson of the 'European Sponsorship Association' (I'm not kidding) and also director of the sports marketing agency brand Rapport, said: "Sponsors pay huge amounts of money and it is all about TV exposure."  That might have been better expressed.

In the Sunday Times Michael Portillo, once a serious contender for leadership of the Conservative Party and in recent years a rather sensible political commentator, suggests in all apparent seriousness that the solution to the West Lothian Question (why MPs for Scottish constituencies should vote in parliament on such matters as education and health affecting England but not their own electorates) is for Scotland to become independent, and thus break up the United Kingdom.  "If thy hand or thy foot offend thee, cut them off, and cast them from thee" (not Mr Portillo's comment).

Prison Service Governors, the Chief Prisons Inspector, the probation service and just about everyone else warns that the prisons are seriously overcrowded and that a substantial number of their inmates ought not to be in prison anyway:  and that the overcrowding hampers the rehabilitation of dangerous criminals and aggravates the likelihood that many will re-offend on release.  The overcrowding represents a threat to public safety.  The immediate response of the prime minister and home secretary is not to institute arrangements to transfer to other institutions or the community those imprisoned for failure to pay fines and taxes or the mentally ill, who pose no threat to anyone, but instead to build yet more prisons (Britain already leads Europe in the proportion of its population in prison).

BT, generally recognised as a very mediocre broadband provider, advertises itself in large letters in the national press as "The best performing broadband service" — and in much smaller letters " — when compared to AOL, Wanadoo, Tiscali and Pipex" (well, that's not saying much).

His [Rafael Bonachela's] two new pieces are not only linked by an overarching theme, the relationship between voice and dance, but they are also defined by his own very powerful choices about staging. The first, Ahotsak, is the most powerful.  It is set to a Berio score for viola, percussion and tape in which sounds from real life – a snatch of Middle Eastern song, a wail of hysterical sobbing – assault and invade the live musicians. It is an aural collision of worlds and Bonachela's choreography responds to it graphically. His basic vocabulary is a sticky, angry kind of partnering in which his six superb dancers slump, curve and swing through closeknit dialogues.

If you don't believe me that the rest is in the same vein, check it out here .  To name the reviewer would be sadistic.  To sit through the performance, on the other hand, would be masochism.

At a charity auction at the Althorpe (pron. Althrop) estate, Princess Diana's last resting-place, the goodies auctioned included dinner in Moscow with Mr Gorbachev (remember him?), a flight in a MiG fighter, an artwork by Tracey Emin, a night in a Russian maximum security prison and a custom-made dress from one Matthew Williamson.  The event was co-hosted by Mr Gorbachev and the Editor of the Tatler.  That's perestroika for you, folks.

In another room of the madhouse, the home secretary is looking into the possibility of making public the names and addresses of former child abusers, presumably to ease the task of lynch mobs.

The same home secretary attacks a judge for passing an unduly lenient sentence on a man convicted of kidnapping and assaulting a 3-year-old girl, although the (non-mandatory) sentence passed was life imprisonment.  The gutter press goes to town in excoriation of the judge, asserting that the offender would be released in a mere five years' time (actually the judge used a formula established by parliament to calculate the 'tariff', i.e. earliest date at which the offender could be considered for release on licence, making it clear that such early release was extremely unlikely).  The home secretary tells the Attorney-General to refer the case to the Court of Appeal for undue leniency.  The Attorney-General tells the home secretary, in effect, to mind his own business.  The Lord Chancellor comes to the defence of the judge, saying that he had acted correctly and that it was the system that was at fault.  One of the Lord 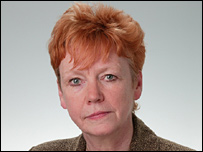 Chancellor's junior ministers, a respected QC, then attacks the judge on television, claiming that he had misunderstood the formula and set the wrong tariff. She is then forced publicly to retract her comments with an abject statement that she now realised that what the Lord Chancellor had said (but apparently not what the home secretary had said) represented government policy and that she accepted it as such.  The prime minister rushes in to announce a review of the whole criminal justice system and yet more new legislation from the home office before parliament's summer holidays.  Home office officials are manifestly taken by surprise by this announcement and have no idea what the prime minister has in mind (nor, probably, has the prime minister).

In a Guardian poll, Labour's standing sinks to its lowest point for 20 years.  Another poll indicates that almost a quarter of Labour voters agree that the party needs "a period out of office to rethink what they stand for and what their vision is for the future of the country". Labour Party membership falls below 200,000, two-thirds of whom want Mr Blair to stand down by autumn 2007, and a hefty proportion want him to go this year.  It looks increasingly as if the prime minister is deliberately clinging to office to ensure the total destruction, once he steps down, of the party for which he has always had a fastidious distaste.

Echoing the Labour voters who want their party to lose the next election, England footballers are reported to hope that they will lose today's match against Sweden so that they won't have to play against Germany in the next round.  They are sharply admonished by Fifa that if they deliberately play to lose, they will be disqualified from the rest of the World Cup.  (How will they tell?)

Things are no less surreal beyond our shores.

A British Anglican clergyman is teaching an evangelican course in the heart of Baghdad to convert Iraqi Muslims to Christianity, thus exposing them to the extremely high risk of execution for apostasy.

In a secret memo to Washington, the US ambassador to Iraq says embassy staff members have reported that it is now dangerous for men to wear shorts in public in Baghdad; they no longer allow their children to play outside in shorts. People who wear jeans in public have come under attack.  Temperatures in Baghdad have recently reached 115 degrees. Embassy employees all confirm that, by the last week of May, they were getting one hour of power for every six hours without.  By early June, the situation had improved slightly. In Hal al-Shaab, power had recently improved from one in six to one in three hours. Central Baghdad neighborhood Bab al-Nu'atham has had no city power for over a month.  One employee reported that he had spent 12 hours on his day off waiting to get gas.  Another embassy Iraqi employee asked the embassy for press credentials because the guards held her embassy badge up and proclaimed loudly to passers-by "Embassy" as she entered. Such information, commented the ambassador, was a death sentence if heard by "the wrong people".   American embassy staff can't call Iraqi employees in on weekends or holidays without blowing their "cover". A Sunni Arab woman employee has reported that family pressures and her inability to reveal details of her employment were very tough; she told her family she was in Jordan when the embassy sent her for training to the US. (There's much more in this vein here .)

The British government announces triumphantly that the first province of Iraq is soon to be handed over to Iraqi control.  It transpires that it consists almost entirely of desert.

When three desperate prisoners in Guantanamo, facing the prospect of having to endure that hell-hole for the rest of their days, with no recourse to the courts, no hope of a trial or opportunity to challenge their accusers, hang themselves by strips of their bed-sheets, dying a horrible and protracted death, a lady named Colleen Graffy, 'deputy assistant secretary of state for public diplomacy' (public diplomacy!) tells the BBC that the deaths were "a good PR move to draw attention".  The camp commander, Rear Admiral Harry Harris, describes the three suicides as "an act of war". Guantanamo regulations require the guards to check each inmate every two minutes.

Some of these items make you want to cry.  A few might make you laugh.  Some do both.  As I have had occasion to remark before: O tempora, O mores!