Muzzling the Chief Inspector of Prisons

The home secretary, John Reid, and the home office seem to be at it again.  Successive Chief Inspectors of Prisons — Judge Tumim, Sir David (now Lord) Ramsbotham, the 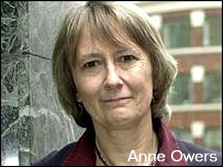 current incumbent Anne Owers — have been a thorn in the flesh of the home office and the prison service with their brutally explicit and uncompromising published revelations of the squalid state of affairs in too many (although not all) of our prisons.  Instead of taking radical and humane action to clean out these Augean stables, starting for example by massively reducing the swollen prison population by removing the large proportion of prisoners needlessly imprisoned, our predictable home secretary and his department planned to abolish the separate and independent office of Chief Inspector of Prisons by merging it with other inspectorates under a Super-Chief with no special responsibility for prisons.  This outrageous project was shot down in the House of Lords, which approved an amendment submitted by Lord Ramsbotham by a 2:1 majority amid scathing condemnation by all the relevant expert groups.  At first the home office reacted by jerking its knee in traditional fashion, promising to restore the provision when the Bill returned to the House of Commons:

The House of Lords did a good thing on Tuesday evening. By a large majority it rejected the government's plans to abolish the chief inspector of prisons, a job which has attracted almost universal praise for its essentialness and efficacy. The Home Office reacted with the depressingly predictable promise to reverse the vote in the Commons. Senior posts are usually killed off because they're no longer needed, or have been shown to be unsuccessful at what they're supposed to do. In this case, the opposite is true. At a time of such trauma and chaos in the prison system, it is more than ever necessary to have a fearless and independent figure of stature, who can visit prisons unannounced, conduct thorough inspections and report back uncompromisingly and publicly.
(Marcel Berlins, The Guardian, October 16, 2006)

Later the government bowed to the uproar by putting Tony Blair's gear into reverse (that would be the one he famously boasted to party conference that he didn't have: anyone want to buy a car with no reverse gear?),  promising not to seek to overturn the relevant amendment by the Lords to retain the independence of the Chief Inspector of Prisons after all.  A rare victory for informed opinion and common sense?  Whoooo-a!  Here's the rather admirable Tory MP Tony Baldry (did I really write that?) with a letter in the Independent of 26 October 2006:

Lack of proper debate on prisons shames the Commons

Sir: There are times when the proceedings of the House of Commons are shameful.

The Government decided to abolish the Office of Chief Inspector of Prisons, notwithstanding the excellent work done by Judge Tumim, Lord Ramsbotham, and now Anne Owers. The independent Prisons Inspectorate has, among other things, discovered during its time pregnant women in chains in Holloway, assaults by prison staff in the segregation unit at Wormwood Scrubs, outrageous behaviour in the segregation unit at Wandsworth, and mental health treatment at Brixton that the Inspector described as "utterly disgraceful".

The Government gave no time at all for this change to be debated on the floor of the House of Commons at the report stage of the Police and Justice Bill. Under the guise of "modernisation", debate in Parliament is stifled. It was left to the House of Lords to undertake proper scrutiny.

In debates in which the Government could not find a single supporter, the House of Lords savaged the Government's proposals to abolish the independence of HM Inspectorate of Prisons, to the extent that Baroness Scotland, who had conduct of the Bill in the Lords, promised that the Chief Inspector of Prisons would remain. However, that concession was short-lived, because at the last possible moment on third reading in the Lords, the Government introduced some last-minute amendments which would have the effect of again undermining the independence of the Chief Inspector of Prisons by giving the Home Secretary powers to direct how inspections should be carried out.

It is a disgraceful way for the House of Commons to conduct its business, but much more importantly, it is a disgrace that the House of Commons can so cavalierly deal with such important issues as the welfare of prisoners, the state and condition of our prisons and ensuring that there is an effective independent inspectorate to draw attention to what is happening in our prisons.

The home office website itself describes the prisons inspectorate as 'independent':

The chief inspector's terms of reference, also on the home office's website, set out in some detail the relationship between the chief inspector and the home secretary, but give the former extensive discretion in carrying out his or her work and stipulate that the inspectorate is independent of the prison service.  But now, when the Bill incorporating the Ramsbotham amendment preserving the chief inspector's independence had its third and final reading in the House of Lords, according to Tony Baldry "the Government introduced some last-minute amendments which would have the effect of again undermining the independence of the Chief Inspector of Prisons by giving the Home Secretary powers to direct how inspections should be carried out" — and allowed the House of Commons just 20 minutes to debate the new amendments and extract from the government some indication of their meaning and intentions.

Both the substance of the last-minute amendments and the procedural manoeuvres to prevent any proper parliamentary scrutiny of them appear, on the available evidence, to be utterly scandalous.  It's not too difficult to imagine the kind of 'instructions' to the chief inspector that this home secretary (and indeed almost any of his predecessors in living memory) and this home office will think up to reduce or even destroy the chief inspector's scope for inflicting further damage on the government with more revelations about what is going on in our prisons within their responsibilities — and in our names.   Shame on them.