A 23-year-old woman who has been in a vegetative state since suffering devastating brain damage in a traffic accident has stunned doctors by performing mental tasks for them. Brain scans revealed that the woman, who has shown no outward signs of awareness since the accident in July last year, could understand people talking to her and was able to imagine playing tennis or walking around her home when asked to by doctors.
The discovery has astounded neuroscientists who believe it could have dramatic implications for life and death decisions over other patients diagnosed as being in a persistent vegetative state (PVS). Last year, an intense legal battle over the life of Terri Schiavo, a woman diagnosed as PVS, was brought to an end when US courts upheld the decision to remove her feeding tube in March. She died 13 days later in a Florida care home.

Neuroscientists at the Medical Research Council's cognition and brain sciences unit at Cambridge and the University of Liege in Belgium used a brain scanning technique called functional magnetic resonance imaging (fMRI) to detect signs of awareness in the woman, the first time scientists have been able to do so in a PVS patient. The technique is now likely to become a standard way of determining how conscious vegetative patients are.

"This is extremely important. It's the difference between life and death. From cases in the UK and the US, we know that end-of-life decisions are of course extremely important and this will definitely change the way we deal with these patients. When you have signs of consciousness, you cannot decide to stop hydration and nutrition," said Steven Laureys, a neurologist at the University of Liege and co-author of the study which appears in the journal Science today.

The reported breakthrough was widely reported in the media world-wide.  What surprised me about such coverage as I have been able to read, watch and hear is its failure to connect the latest developments with the extensive work already done on Persistent Vegetative State issues over many years, and its implications for patients who have been diagnosed as being in PVS.  A world expert and author of break-through research on the subject is Professor Dr Keith Andrews, Director of the Institute of Complex Neurological Disability at the Royal Hospital for Neuro-Disability in Putney, London (on whose governing body I was privileged to sit for some years).  An early and still centrally important paper on PVS by Dr Andrews and his collaborators was "Misdiagnosis of the vegetative state: retrospective study in a rehabilitation unit" (Andrews K, Murphy L, Munday R, Littlewood C., British Medical Journal, 1996; 313: 13-16).  Based on his studies of a sizeable sample of patients referred to the Royal Hospital after having been diagnosed by specialists elsewhere as being in PVS, Dr Andrews concluded (in the words of a later article) that —

Out of 40 patients diagnosed as being in a persistent vegetative state, 17 (43%) were later found to be alert, aware, and often able to express a simple wish. The study is one of the largest, most sustained analyses of severely disabled people presumed to be incapable of conscious thinking, communication, or awareness of their surroundings. The author, London neurologist Dr. Keith Andrews, said, "It is disturbing to think that some patients who were aware had for several years been treated as being vegetative."

It is evident from the discussion of the issues outlined above that there is considerable potential for misdiagnosis. This is a concept that is of great importance to the patient, the family and the Court. There have been several studies which have shown that misdiagnosis of the vegetative state is very common … For instance Tresch et al found that 18% of long term patients in nursing homes in the USA, diagnosed, as being in the Vegetative State were able to communicate. Nancy Childs et al in found that 37% of patients admitted to her rehabilitation unit with a diagnosis of the vegetative state were aware. Research at the Royal Hospital for Neuro-disability by Andrews et al found that 43% of patients admitted with a diagnosis of VS for longer than 6 months were misdiagnosed, including several patients who had been thought to be vegetative for several years. [References omitted] 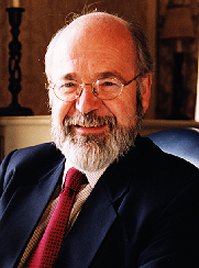 The figure of 43 per cent of the Royal Hospital patients turning out to have been wrongly diagnosed as in PVS is very striking.  These are the patients with whom Dr Andrews and his staff were able to establish the existence of a level of awareness and an ability to communicate, using new techniques developed over several years.  It must almost certainly be the case that there were other patients in the group with whom it did not prove possible at that time to establish communication or show awareness, using the techniques then available, but who were in fact aware of their surroundings although unable to communicate that awareness.  This is a chilling indication of the probable frequency with which patients who are in fact aware of their situation and able to understand conversations held around their beds are routinely condemned by specialists to years of agonising frustration as their families, doctors and nurses treat them as if they were unconscious vegetables.

Dr Andrews and the Royal Hospital have now developed an array of techniques for trying to establish both awareness in an apparently PVS patient and a capacity for two-way communication with the patient, often making use of specially developed computer and other technology. These procedures, christened Sensory Modality & Assessment Rehabilitation Technique (SMART), are discussed on the Royal Hospital's website here.  For example, a patient apparently incapable of any movement may turn out to be able to exert sufficient pressure with his or her forehead, thumb, elbow or foot on a specially sensitive button connected to a computer to be able to answer 'yes' (one buzz) or 'no' (two buzzes) to questions, and later to be able to conduct quite complex conversations (one buzz for 'a', two for 'b', and so on, or answering 'yes' or 'no' as each letter of the alphabet is spoken or shown to the patient), sometimes using a programme that suggests how words and sentences might be completed with the patient able to choose between options offered (like some mobile phone text message programmes).  Ability to exert even slight pressure somewhere can sometimes be established by using a feather to tickle different parts of the patient's body until a slight reaction is observed.  All five senses are tested in similar ways.  Many long and arduous sessions may be required before there is a breakthrough.  Assessors have to be exhaustively trained.  Special SMART kits have been produced.  Eventual success can never be guaranteed, either because the assessors fail to find a way to identify awareness in the patient, or because there is no way in which the patient can communicate awareness, or because there really is no awareness at any level.  Brain activity shown in a scan may now help to narrow down these differing possibilities.

A striking feature of successes in this field is that virtually all patients who have survived the ordeal of having been written off as vegetables for (sometimes) several years while unable to communicate their awareness, tell their families and doctors when communication is restored that despite their appalling disability, they are glad to be alive.  I have not heard of any case of such a patient saying that he or she would have preferred to die rather than to survive with such severely limited quality of life. Some have described in intimate detail conversations they have listened to, in some cases years before, while lying there apparently unconscious or comatose.  One such patient told his parents that the worst thing about the experience had been the boredom.

There is a comprehensive discussion of the subject, also on the Royal Hospital's website, here, including a reservation about the use of the term 'persistent' as applied to 'vegetative state':

The term Persistent Vegetative State was coined by Professors Jennett and Plum to describe a specific syndrome of reflex reactions without any meaningful response to the environment but in patients who have a sleep-awake pattern.  Although the term ‘Persistent’ was used in the original paper most international working parties have accepted that the term is misleading since it is often misused to mean ‘permanent’ and  that it confuses a prognosis with a diagnosis. For this reason the term ‘vegetative state’ on its own is preferred.

Against this background, it's legitimate to question whether that Guardian headline last week — "For first time, doctors communicate with patient in persistent vegetative state" — was an accurate or informative description of what happened with the Cambridge/Belgian patient.  The results of the Cambridge/Belgian brain scans, indicating brain activity consistent with an understanding of questions or instructions put to the patient, seem more likely to suggest that the diagnosis of PVS was erroneous than that a patient in genuine PVS can understand, at some level, words spoken to him or her, although the difference may be to some extent semantic.

There are obvious implications of all this for situations where it is proposed to switch off life support systems for patients diagnosed as in PVS.  A participant in a radio discussion of the Cambridge/Belgian story last week suggested that even if a brain scan suggested possible awareness at some level, the most merciful course might still be "to let the patient quietly slip away".   Unfortunately in the present state of the law that is rarely an option: withdrawal of a life support system, the only legal way of bringing about a patient's death, actually means starving him or her to death, often a protracted and agonising way to die.  It's not necesary to be a Roman Catholic or other religious Pro-Lifer to feel grave doubts about condemning to death, even in a more humane manner than is currently permitted, any human who may still be conscious, and with whom some possibility of communication might eventually be established.

The formidable task now will be to investigate how far, if at all, the brain scan technique used in the Cambridge/Belgian tests can be used, not only to establish that a degree of awareness exists, but more importantly how this can be translated into communication, at some level, between the patient and those around him or her.  For this purpose Dr Andrews's work and that of the other determined researchers at the Royal Hospital for Neuro-Disability should provide a flying start.  What a pity that those in the media who reported the findings of the Cambridge/Belgian tests with such understandable excitement failed, for the most part, to put the story in the context of all the even more exciting, if also sobering, developments of the last ten years.

Update, 11 Sept 06:  Professor Andrews has kindly told me that he and his team at the Royal Hospital for Neuro-Disability Institute of Complex Disabilities were in fact participants in setting up and conducting the Cambridge/Belgian research study, and that when the report of the study was published last week he gave interviews about it to the BBC World Service and to BBC World (television), along with two other television interviews for other channels which didn't in the event use them because of their concentration on the Tony Blair and Gordon Brown Show.  This is welcome news, but doesn't, I think, affect my main point:  that in reporting the Cambridge/Belgian study, the great majority of the British and international media failed to put it in the context of the highly relevant work already done by Professor Andrews and others, in consequence giving a seriously misleading impression of the real implications of the latest study's findings.  This failure is even reproduced by today's Guardian editorial on the subject, "Consciousness and conscience".   The Guardian's leader-writers really ought to have a look at Ephems before putting pen to paper, or finger-tips to keyboard.  Even a few minutes with Google might save them from error.