Like others on the liberal/Labour left, I’m saddened by indications that the Labour opposition is ready to reject the coalition’s plan to restore voting rights to most prisoners serving sentences of less than four years, arguing that the ruling by the European Court of Human Rights on the subject will be adequately catered for by the minimalist alternative of giving voting rights only to those serving one-year sentences or less.  This would be a sad betrayal of Labour’s new leader’s promise to restore Labour’s position as the champion of liberty against authoritarianism. There are plenty of good social and penal reasons for restoring their voting rights to everyone in prison, and encouraging them to exercise those rights; and there’s also the legal position and the question of rights. I have been authorised to quote here the opinion on the subject of the Australian international law expert, John Greenwell:

Let me offer a comment about prisoners’ voting rights. 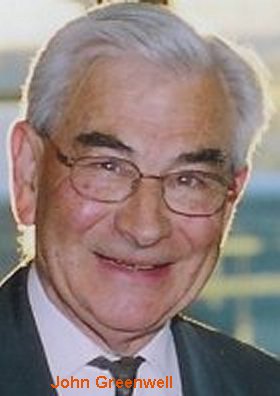 In Australia, as you know, we have no Bill of Rights and so there is no constitutional right to vote: but the Australian Constitution does affect the matter indirectly by requiring senators or members to be ‘directly chosen by the people’. To be valid, legislation providing for electoral qualifications must accord with that.  What also bears on the constitutional issue Is the fundamental premise that we are a representative democracy.

It was these latter considerations which led the High Court in 2007 to strike down a ‘Howard’ Electoral Act amendment which would have deprived all convicted persons serving a term of imprisonment for any offence and for whatever period, of their right to vote. [‘Howard’ here refers to Australia’s former right-wing prime minister John Howard, not to the UK’s equally right-wing former Conservative party leader Michael Howard.]

But the Court did not rule that conviction and imprisonment for an offence could never in any circumstances  constitute grounds for depriving a prisoner of his/her right to vote.

It rejected the ‘blanket’ denial of voting rights in the legislation; that is the absence on its face of any rational linkage between offences for which imprisonment had been imposed and denial to the offender of his/her civic right of voting. There may however be a “serious offending” [which represents] such form of civic irresponsiblity that it is appropriate for Parliament to accompany  the offender’s physical separation from society with a denial  of the right to participate in the law-making process.”  Thus there must be some rational connection between the offences, the term of imprisonment imposed and the maximum penalty, on the one hand, and the withdrawal of the right to vote on the other.

Accordingly, and upon these grounds, the Court in the 2007 case which I have referred to expressly upheld the validity of previous legislation which required a term of imprisonment of three years or more for voting rights to be lost.

Before commenting on this, I should mention UK and Canadian decisions. These involve of course the European Human Rights Convention and Charter of Human Rights.

It appears that before 2005 UK legislation disenfranchised all convicted prisoners. The European Court of Human Rights held this automatic ban on all convicted prisoners to be arbitrary and in violation of Article 3 of Protocol 1 of the Convention. But the application of the Convention voting right is not unqualified: it is qualified by the ‘proportionality principle’:  ie “such reasonable limits prescribed by law as can be demonstrably justified in a free and emocratic society”.  This qualification to the application of the right will only permit its minimum impairment. In the UK case of Hirst the European Court of Human Rights held by a majority that although deprivation of the right to vote of those “who had breached the basic rules of society to have a say in what the rules should be during the duration of their imprisonment” was legitimate, the UK law before the Court was too arbitrary to be justified and breached the principle of proportionality.

In 1993, in Canada, the Supreme Court held on similar grounds and by similar reasoning that a blanket ban on prisoners regardless of the length of sentence violated the Charter.  The Canadian Act was subsequently amended in the light of this so as to deny the right of voting to inmates serving two years or more.  But the Supreme Court, dividing 5 to 4, again held the legislation violated the Charter.

Thus the reasoning in all three jurisdictions is similar and denial of voting rights on the ground of imprisonment is not absolutely prohibited.

I think it unlikely even in the case of the Convention countries or Canada prisoners would ever be vested with an absolute right to vote by virtue of the Convention, Charter or, in Australia,  by constitutional interpretation.

Nevertheless, the ‘right to vote guarantee’ in Europe and Canada mandates a less restrictive regime than the constitution in Australia. This is because the only way in which the guarantee is qualified in Convention countries is by virtue of the proportionality principle, and the proportionality principle is subject to a ‘minimum impairment’ of the right’ limitation. That is, proportionality allows qualification of the voting right guarantee but only to the minimum necessary.  This is not of course applicable to Australia.

I do not know what has happened regarding the issue in the UK since 2005. The government foreshadowed public consultation after the Hirst decision. The outcome remains unclear.

There is one further general comment on the law I would add which is important in explaining the Australian position and, I suspect, that of the UK — and that is the long history of voting restrictions on convicted persons. It seemed to have become linked with the grounds for disqualifying members of  parliament who have committed an offence. At all events, the point is evident in the following passage in the High Court judgement:

“Given the 19th century colonial istory, the development in the 1890’s of the drafts of the constitution, the common assumptions at the time, and the use of the length of sentence as a criteron of culpability, it cannot be said … such a system is necessarily inconsistent, incompatible or disproportionate in the relevant sense …. [etc].”

Generally, I am very much opposed to the notion of subjecting rights to the performance of responsibilities.

‘Responsibilities’ are very comprehensively imposed upon us by the criminal law — and not just the criminal law but also the civil law which defines the ‘responsibilities’ we owe to our neighbours. Rights have been separately identified and given force by the law because they are needed to protect the individual from power — the power of the state.

An independent régime of responsiblities will have the effect — if not the design — of allowing the executive to be satisfied that a ‘responsibilty’ has been complied with  before some executve discretion or power is exercised in favour of a person to which he or she would otherwise have been entitled. The ‘responsibilities’ are unlikely to be specific legal duties, because that would overlap with the criminal law. Such a régime is likely to fall hardest upon minorities who are more likely to have to satisfy the executive of compliance with some generally expressed responsibility. [It would, in effect be the reverse of what we have here in Australia, which is a party to the International Covenant on Civil and Political Rights but has not enacted it into its domestic law. Nevertheless, the High Court has held that the rights in the Covenant must be taken into account in the exercise of any executive power.]

The position is to some extent different where the ‘responsibility’ is an identified criminal offence and the disabling consequence of a conviction is general and relevant, e.g. driving under the influence and licence to drive, etc.

In the case of prisoners’ voting rights it may be justifiable to disqualify an offender convicted of treason from engaging in the law-making process; but the problem is that only history and the difficulty of finding any other criterion justifies length of the prison term imposed as the test for denying the vote. After all, three years would cover persons imprisoned for non-intentional offences such as manslaughter.

John Greenwell is a retired former legal adviser to the Australian government, specialising in international law. His comments on other legal issues have been quoted in earlier posts and articles on this website, including notably at https://barder.com/politics/liberty/siac.