Harvey’s Guide to English Language Usage and other new delights

Old friends are publishing impressive and addictive books at a shaming rate (I have nothing on the stocks longer than a blog post, myself).  The latest is a magisterial, encyclopaedic Guide to English Language Usage by Peter Harvey, who teaches English in Barcelona to Spanish and other students whose first language is other than English, and his Guide is aimed primarily at "non-native speakers", as its cover proclaims.  But there are many "native speakers", including myself, who would, or do, also find it a goldmine, packed with examples of both acceptable and questionable usage and dealing with many more basic issues than those covered in such classic volumes as Robert Burchfield's third edition of Fowler's Modern English Usage :  indeed, Harvey and Burchfield/Fowler complement each other perfectly. 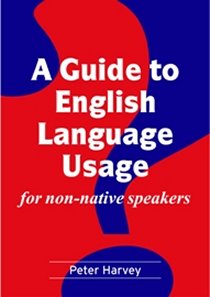 Harvey's Guide, containing 460 articles and 187,000 words, has at least one significant advantage over Burchfield's Fowler:  it exists in downloadable and searchable electronic form as a PDF file (view a sample here), although not currently available commercially as such, and also as an ordinary (or extraordinary) 442-page soft-cover book, costing less than €35 — the exact price depends on where you are buying it from and your VAT status, all explained here; anyway, a snip at the price.  But it's remarkably difficult to consult it quickly and briefly:  whatever you're looking up, the eye catches an adjoining entry which leads on to another, and before you know it, it's dinner time.  If you're interested in buying a copy, send an e-mail to service@lavengro.eu.  (No, I don't get a cut: my recommendation is entirely disinterested, qv [under interest].) 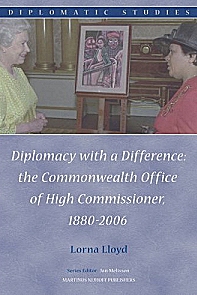 Another newly published but otherwise very different book by an old friend is appetisingly entitled Diplomacy with a Difference: the Commonwealth Office of High Commissioner, a study of the little known title, history and role of the high commissioner in diplomacy, amounting in effect to a history and analysis of Commonwealth diplomacy.  It's by a good friend, Lorna Lloyd, who teaches international relations at Keele.  The topic will I think appeal especially, or should, to current and (especially) retired practitioners of my former dubious trade, and to others with an interest in international affairs, not only for its intrinsic interest but also because the book is liberally spiced — or should we say nowadays 'sexed up'? — with wonderful (and sometimes wonderfully indiscreet) quotations from the many ex-diplomats and others whom Lorna has interviewed for the book, from several diplomatic oral history interviews with retired diplomats (now increasingly being made available online by Churchill College), from various diplomatic memoirs, and from a mass of official records in several countries which have yielded some titillating insights.  If you can't afford the €129 cover price (not excessive for an academic work of this kind), press your local librarian to get it for you (and others).  Available, naturally, from Amazon UK. 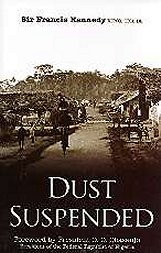 Yet another recent publication by an old friend, Frank (Sir Francis) Kennedy, is Dust Suspended, his memoir of a scintillating career in the Colonial Service in Nigeria, and subsequently in the Diplomatic Service in a variety of posts:  full of vivid and enlightening anecdotes and stirring incidents, a must-read for current and former practitioners of these two arcane trades.  264pp, The Memoir Club, 2006, ISBN 1841041092, hardback, £19.50 from the Africa Book Centre or from the Memoir Club, or from Amazon.

Tailpiece:  I ought to be, but am not, embarrassed by one thing which all three of these splendid books have in common, indeed all four of them if you include the most distinguished of them all, Burchfield's third edition of Fowler's Modern English Usage:  I am among the many humble supporters mentioned in the acknowledgements of all four books, in each case in undeservedly generous terms.  (An earlier work of research by my wife also gets an honourable mention in Lorna Lloyd's book.)  Of course none of the four authors needed my encouragement or suggestions for the success of their end products, but I was happy, anyway, to provide them, and I salute the enormously readable results.