The case against a Lab-LibDem coalition in 2015

We all — well, some of us, anyway — hope that Labour will win an overall majority in the house of commons at the next election, probably not before 2015.  But to do so after Labour’s defeat on such a scale in 2010 would be a feat unprecedented in modern times.  Realistically, the likelier outcome, and therefore the scenario for which advance planning is essential, is that Labour will win more seats than any other party but not an overall majority.

Unaccustomed to hung parliaments and mesmerised by what happened in 2010, British (or rather English) commentators tend to assume that if Labour’s the biggest party but without an overall majority, it will have to form a coalition government with the party likeliest to hold the balance of power, and ideologically the most plausible ally, namely the LibDems.  But there are two strong arguments against this, and there exists a much preferable alternative to it, described in my letter in today’s Guardian (26 Aug 2013):

Both you (Editorial, 21 August) and Martin Kettle (Comment, 22 August) urge or imply encouragement for Labour to declare, before the 2015 election, its willingness to form a coalition with the Liberal Democrats if there’s another hung parliament and Labour is the biggest party. But neither of you tackles the two chief drawbacks of a 2010-type coalition: voters can’t know what they’re voting for (or against) because coalition policy emerges from inter-party horse-trading only after the polls have closed; and coalition implies that whichever main party wins, the Lib Dems will always be in government.

The solution, failing an overall majority, is surely a Labour minority government with a “confidence and supply” arrangement with the Lib Dems, announced before the election. Labour could then implement its pre-election manifesto promises subject to its ability to get parliamentary approval for them, measure by measure.

Other parties responsible for blocking measures for which Labour had a manifesto mandate would have to accept the consequences at any fresh election. This would not preclude a published pre-election agreement with the Lib Dems on the main elements of a reform programme that both parties would promise to support in the next parliament, whether or not Labour had an overall majority. Otherwise the electorate has to vote blindfolded for a pig in a poke.

The arguments against LibDem participation in another coalition government, this time of the centre-left, immediately after having been the junior partners in a coalition of the far right, are surely compelling.  By allying and identifying itself so closely with an unpopular Tory-led régime of the extreme right, characterised by a frontal assault on the NHS and the welfare state and on the living standards of the least well-off in society, the Liberal Democratic party has sunk to a dismally low point in the opinion polls and is threatened (like Liberal parties of old that went for a ride on the back of the Tory tiger and finished up inside it) with near-extinction unless it takes urgent steps to re-position itself on the centre-left.  But apparent willingness to contemplate a coalition with Labour after its catastrophic marriage to David Cameron and George Osborne would confirm the impression that the LibDems have no core principles or values and will happily embrace any policies, left or right, that will keep them in government, regardless of election results.  They could pay a high price in lost votes for giving that impression.

Many good Labour people would rejoice at the virtual annihilation of the LibDems at the polls.  But that would be extremely short-sighted.  If the LibDems are almost wiped out in 2015, the next biggest party in the Commons after the Tories is likely to be UKIP.  The prospect of a Labour minority government forced to depend on UKIP permission to carry out a progressive programme is deeply disturbing.  Worse still, it might hold out the possibility of a Tory-UKIP alliance or even coalition, able to outvote Labour and thus form a, or another, government of the extreme right, this time with the junior partner vigorously dragging the government to the far Europhobic, xenophobic right instead of gently pushing in a vaguely liberal direction as the LibDems have periodically tried to do.

The only likely obstacle to such a nightmare is a revival of the LibDems;  and the key to such a revival is a public understanding with Labour, before the election, that whatever the outcome in 2015 Labour and the LibDems will both promise to support certain agreed objectives in a progressive reform programme after the election, although not in a formal coalition.  Both parties would publish separate and different election manifestos but they would include in both the key elements agreed beforehand with each other.  The LibDems would also promise publicly that in the event of Labour emerging as the biggest party but without an overall majority, they would enter into a “confidence and supply” agreement with Labour under which they would be free to oppose specific measures proposed by a minority Labour government but would normally support that government in votes of confidence and in measures to ensure that funds are available to keep government going.  This would enable Labour to accept defeat on individual measures without being forced to resign as a result of the defeat and call fresh elections.  The LibDems would be able to preserve their freedom of political choice — their political purity — without having to identify themselves with every detail of the minority Labour government’s programme.  Labour would benefit by not having to accept a LibDem monitor in every department quibbling over every point of detail and objecting to its more radical reforms for fear of seeming to disown the baggage they have accumulated from the years of marriage to the Tories. 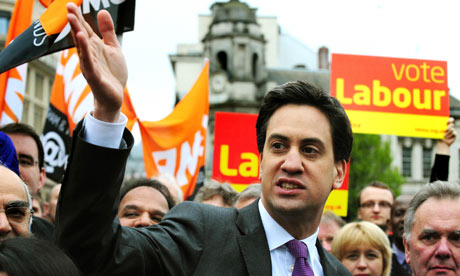 If the Labour leadership can bring itself to understand this reality, it follows that it must put a stop to the malicious (if understandable) sniping by Labour at the LibDems.   However feebly they have behaved since being outsmarted by the Tories in 2010, the LibDems remain, with a handful of Greens and a few leftish nationalists, Labour’s only credible friends in an otherwise hostile political jungle.  The alternative to the LibDems looks increasingly likely to be UKIP, perhaps in a working partnership with the Tories.  We should be careful about what we wish for.

Above all, the nation would benefit from a loose working arrangement, short of coalition, between Labour and the LibDems.  Instead of being forced to vote without any idea of what a future Lab-LibDem (or Tory-LibDem or Tory-UKIP) coalition might come up with after the election, voters would have a good idea of what a Labour government would do, whether with or without an overall majority in parliament, and also a reasonably full idea of what kind of reform programme the LibDems would support in parliament, whatever the election result.  The politicians might not like to have their hands tied in this way before the election — but that’s democracy, folks.  No more coalitions, unless they are formally set up with a joint agreed programme for government published in full before the election.  Even then, a minority Labour government in a limited confidence and supply arrangement with the LibDems would be the next best thing, if Labour fails to win an overall majority.  It’s not defeatist to plan now for such a contingency and to start now to discuss it with the progressive wing of the LibDems.  It’s just common sense.  And not to do it would amount to culpable negligence, at the expense of both Labour and the country.  Let’s get on with it.