Tories from the prime minister downwards, and (to their shame) some relics of New Labour, lose no opportunity to lambast the Human Rights Act, which the Conservatives (but not the coalition) still threaten to repeal and replace.  The latest attack on the HRA has been prompted by outrage over the widely reported failure of a campaign to deport an Iraqi convicted of running down and killing  a little girl in Blackburn.  The driver, Aso Mohammed Ibrahim, left the child under the wheels of his car and ran away.  The child’s father has been campaigning for years to have him deported.  The Daily Mail and the prime minister have been among those blaming the decision not to deport the guilty driver on the Human Rights Act.  Both are wrong.

The facts of the case are lucidly set out in an article by the distinguished human rights lawyer, Sir Geoffrey Bindman, in an article for Our Kingdom on openDemocracy on 29 December 2010[1].  There’s no need for me to set it out again here.  The article begins:

It is time not only to defend the Human Rights Act but [also] to counter-attack the falsehoods and distortions of those who misrepresent it. Regrettably these include the Prime Minister as well as more predictable elements of the media, particularly the Daily Mail. Furthermore, it is time for Labour to speak up for the Act which it courageously introduced in the face of bureaucratic opposition to enable people to defend their fundamental rights from arbitrary power – including, of course, the despotic power of the press. 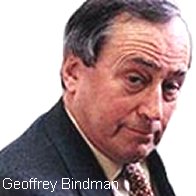 If anyone has earned the right to speak out for the Human Rights Act, it’s Sir Geoffrey Bindman:

Geoffrey Bindman is a former chairman and vice-president of the Society of Labour Lawyers. He is chairman of the British Institute of Human Rights.
From 1966-1976 he was legal adviser to the Race Relations Board and thereafter until 1983 to the Commission for Racial Equality.
He is a Visiting Professor of Law at University College London and at London South Bank University, an Honorary Fellow in Civil Legal Process at the University of Kent, and a Fellow of the Society of Advanced Legal Studies. In 1982 he was Visiting Professor of Law at the University of California at Los Angeles. In July 2000 he received an honorary doctorate from De Montfort University. He also has an honorary doctorate from Kingston University, and is chair of the Board of Trustees at the British Institute of Human Rights.
He has lectured at law schools in Britain, America, and other countries. Geoffrey is a regular writer and broadcaster in the specialist and national media on human rights, media law, anti-discrimination law, and the legal profession.
He has won awards for a lifetime’s achievement in human rights from Liberty (December 1999) and the Law Society’s Gazette (October 2003). In April 2000, he was presented with the International Client Counselling Competition award in recognition of his lifetime contribution to client interviewing and counselling throughout the world.   Sir Geoffrey Bindman (born 1933) was knighted in the New Year Honours 2007  list….  [etc]
[http://www.bindmans.com/index.php?id=geoffreybindman, etc.]

The Human Rights Act is one of the achievements of Tony Blair’s Labour government of which all Labour people can and should be proud.  The fact that government ministers of all political persuasions sometimes feel frustrated by the constraints it imposes on an anyway over-mighty executive is compelling evidence that the rule of law may conflict with the wishes of the executive and that when this happens, the rule of law must be paramount — a fundamental principle that was tragically breached in the decision to go to war with Iraq.  In this specific case, however, the fact that Aso Mohammed Ibrahim was not deported after serving his prison sentence had nothing at all to do with the Human Rights Act, as Geoffrey Bindman shows.  We expect the unscrupulous reactionaries of the Daily Mail to ignore the truth in their search for ammunition in their populist campaigns, but we’re surely entitled to something a little better from Mr Cameron.

The prime minister has also been guilty of seriously misrepresenting, by clear implication, the stated policy of the government which he heads in regard to the future of the HRA.  As Bindman says, —

The Prime Minister’s suggestion that he will repeal the HRA to prevent anything like this happening again flatly contradicts the coalition agreement and would leave us still bound by the European Convention. He has already been told this by his lawyers.

The scandalous aspersions later cast while still in office on their own Act by some New Labour Ministers, including Tony Blair, are another example of the millstones left round the Labour Party’s neck by too many of the illiberal utterances and unprincipled measures that they left behind.  Ed Miliband has shown from the beginning of his leadership that he recognises the imperative need for Labour to take advantage of its time in opposition to liberate itself from the murkier elements of the New Labour record, especially over Iraq and civil rights.  A reaffirmation of the importance of the Human Rights Act, and of Labour’s determined opposition to any attempt to repeal or replace it, will be a big step in the right direction.

Postscript:  Labour should never be taken in by the flawed Tory mantra that “with rights go responsibilities” — used to explain the intention to repeal the HRA by a new law designed, we’re told, to spell out the responsibilities of the citizen as well as her rights.  The implication of this can only be that the exercise of our rights are conditional on the fulfilment of our responsibilities, a completely unacceptable proposition.  Stalin, Mao and Hitler all sought to justify trampling on the fundamental rights of their peoples by asserting that failure to fulfil civic responsibilities, as defined by the state (i.e. themselves), entailed the loss of those rights.  The American Founding Fathers got it right, as usual:  “We hold these truths to be self-evident, that all men are created equal, that they are endowed by their Creator  with certain unalienable Rights…”   Please remind your MP of this if she (or he) tries to tell you that the thousands of our fellow citizens currently filling our prisons to bursting-point should not be allowed to vote in UK elections because by breaking the law, they have lost their rights.  No, they have not.  They have temporarily lost the right to liberty, as recognised and authorised by the Human Rights Act and its parent, the European Human Rights Convention.  Their other rights remain intact;  at any rate, they should.

[1]  A shorter version of Sir Geoffrey Bindman’s article appeared in The Guardian on 28 December.